A study published in the journal Nature Geoscience has detailed the largest underwater eruption to ever occur gave birth to a skyscraper-sized volcano. 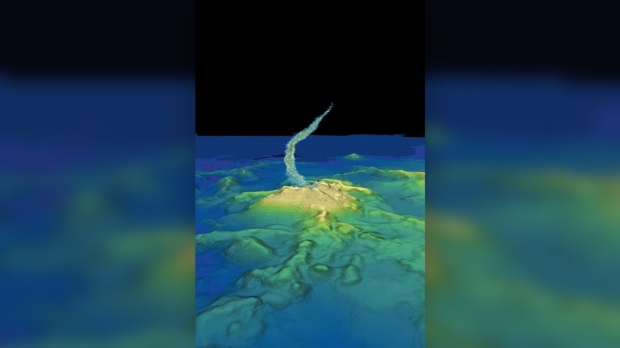 The study was published in Nature Geoscience back in late August, and details a "new" volcano that was discovered off the in the western Indian Ocean, off Madagascar. The underwater volcano emerged from the seafloor following a series of earthquakes that were detected in the region. The study looked at data from a 2014 underwater survey of the region and compared it to a 2019 survey and found that between those two dates, a volcano rose to a height of 8,465 feet below sea level.

The researchers collected geological data and found that this volcano draws magma from the deepest reservoirs ever recorded by scientists - about 34 miles underground. Nathalie Feuillet, a marine geoscientist at the Paris Institute of Earth Physics (IPGP), University of Paris, and lead author on the study, said, "The source of the magma, the reservoir, is very deep. This is the first time in volcanology that we can see such a deep reservoir at the base of the lithosphere."

The researchers wrote in the study that in the 2014 survey, the area was "almost flat at around 3,300 m [10,827 feet] below sea level", but as of May 2019, there was a volcano that's summit was 8,465 feet below sea level. If you are interested in reading more about this discovery, check out this link here.