NASA's Perseverance rover is designed for precision, and to achieve that, the rover must move incredibly slow - painfully slow.

NASA's Perseverance rover has a top speed on flat ground of a little less than 0.1 miles per hour. But, the space agency has released a new sped-up video of the rover traversing the Martian surface. The video is sped up by about 200 times, and in-between each frame of the video is about 30 seconds. "In total, the rover drove 574 feet (175 meters). The first 26 feet (8 meters) were based on commands sent up earlier by rover drivers, allowing Perseverance to build a 3D map of the terrain under and around it", wrote NASA.

The footage has been released onto the official Perseverance Twitter account and shows the rover taking the surface of the Red Planet head-on. Recently, NASA's Perseverance rover captured a panorama of the Martian surface that shows it in incredible detail. The image is a mosaic piece that is comprised of 84 separate images. If you are interested in checking out that image, click this link here. 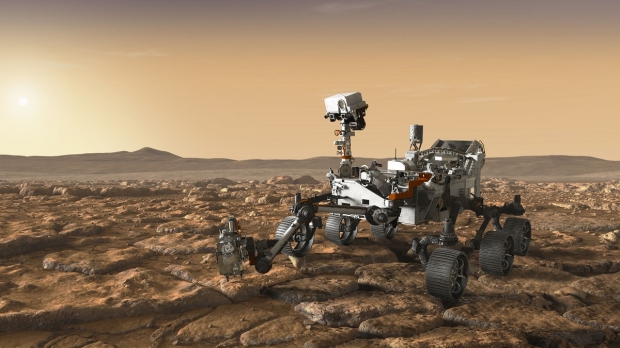