NASA has locked in a launch date for the Double Asteroid Redirection Test (DART), which is a mission that will collide a spacecraft with an asteroid at 15,000 mph. 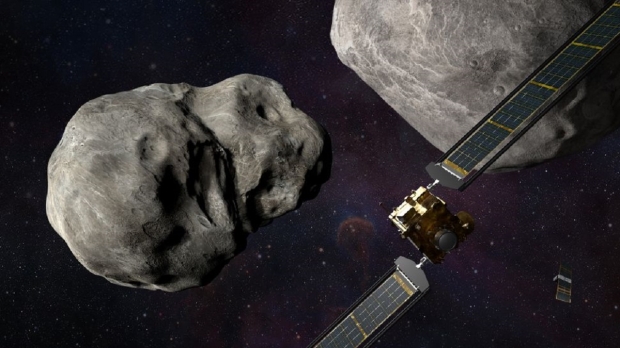 The idea behind the DART mission is to see if it's possible to collide a spacecraft with an asteroid to knock it off course. The DART mission is a part of the agency's asteroid defense program and will be exploring the possibility of a potentially lethal asteroid lining its trajectory up with Earth. The asteroid that the DART spacecraft will be colliding with isn't lethal to Earth, but the results from the mission will allow NASA to know if direct impacts on an asteroid are a viable solution for diverting a dangerous asteroid in the future.

The asteroid that NASA is targeting is called Didymos, it's a binary asteroid which means its two space rocks moving in tandem. The larger asteroid measures 2,600 feet in diameter, and the smaller asteroid measures 525 feet in diameter. NASA is planning on colliding the spacecraft with the smaller of the two asteroids. NASA will launch the DART mission from the Vandenberg Air Force Base in California aboard SpaceX's Falcon 9 rocket.

Once the DART spacecraft has left Earth's atmosphere, it will travel nearly 7 million miles before reaching its target on September 2022.

Lindley Johnson, NASA's Planetary Defense Officer, spoke to Livescience earlier this year and said, "It will confirm for us what the viability of the kinetic impactor technique is for diverting an asteroid's orbit and determine that it remains a viable option, at least for smaller-sized asteroids, which are the most frequent impact hazard."