The Grand Theft Auto Trilogy Definitive Edition has been rated by Korean ratings board GRAC today, signaling an incoming release. 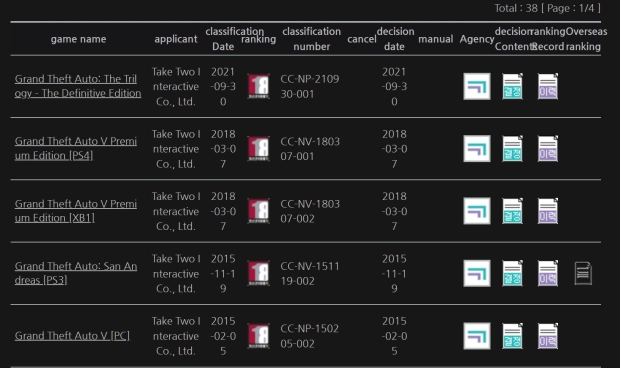 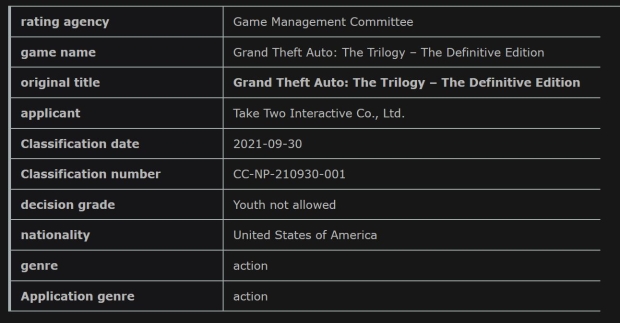 GTA V's next-gen release has been delayed to 2022, but a GTA trilogy re-release will fill its place. New ratings confirm the GTA Trilogy Definitive Edition is real, and sources tell Kotaku the game is set to release sometime in November.

The trilogy will include PS2 era games GTA 3, GTA San Andreas, and GTA Vice City in one package across PS4, PS5, Xbox One, Xbox Series X, and Switch consoles.

Neither Rockstar nor Take-Two have announced the game but we should hear some news soon. Pricing is also up in the air. Rockstar is currently facing a big community controversy for its portrayal of the GTA V Expanded and Enhanced Edition on PS5 with a trailer that now has over 242,000 dislikes.