A new video has been posted to the NASA Goddard YouTube channel that details a discovery made with the Hubble Space Telescope.

NASA explains that humans have been observing Jupiter (and some other planets) for centuries, and out of all of the accumulated data humans have acquired, Jupiter is always depicted as having a Great Red Spot. This is definitely the most defining feature about the planet, and in the past, astronomers have observed the Spot shrinking in size as well as becoming more circular rather than oval.

Hubble was pointed at the Great Red Spot, and over the years, annual images revealed that the Spot was changing. The Spot is a storm with wind speeds exceeding 400 miles per hour, but what researchers noticed was that the wind speed on the outermost edge of the storm increased by 8% from 2009 to 2020. Additionally, the researchers observed the wind speed at the center of the storm decreasing. NASA says in the video that the answer for this strange discovery is yet to be found. 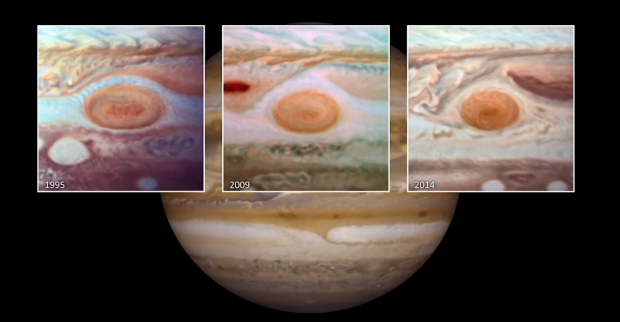