Researchers currently have two ways of determining the size of a meteor hitting Earth; observing the impact and measuring the size of the crater the meteor leaves behind. 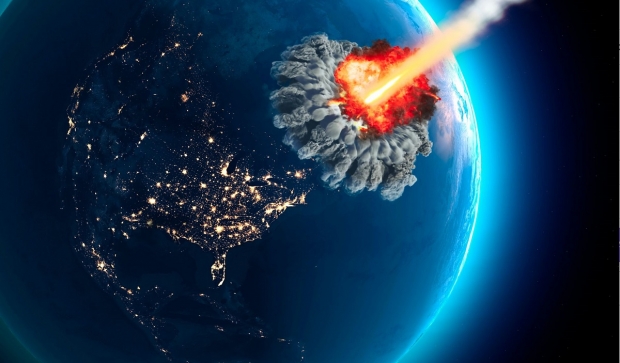 The largest crater that has ever been discovered on Earth is known as the Vredefort Crater, located in South Africa. The meteor that caused the crater, which stretches some 190 miles in diameter, is estimated to be around 6 miles wide. The largest meteor to have entered Earth's atmosphere is called the Chelyabinsk meteor, and it exploded over the Russian city of Chelyabinsk that was home to more than one million people in 2013.

The Chelyabinsk asteroid was just 50 feet in diameter and exploded with a force the same as 440,000 tons of TNT exploding. As meteors enter the atmosphere, they begin to heat up, catch fire and break apart. As Chelyabinsk approached the surface of Earth, it exploded just 18 miles above the surface, damaging more than 7,200 buildings and injuring more than 1,200 people. The government estimated that the repair costs to be around $33 million.

With all that in mind, imagine the devastation a meteor 190 miles in diameter would cause. Luckily, NASA says this isn't something we need to worry about as the space agency is tracking 90% of the asteroids that are considered large and dangerous. For more information on this story, check out this link here.