A team of researchers has accidentally found two galaxies that were hidden from view sitting at the edge of space and time. 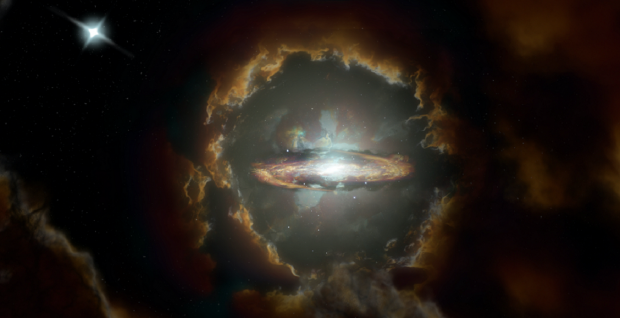 Yoshinobu Fudamoto, an astronomer at the Research Institute for Science and Engineering at Waseda University, Japan, and the National Astronomical Observatory of Japan (NAOJ), led the team that used the Atacama Large Millimeter/submillimeter Array (ALMA) located in Chile to make the discovery. ALMA is an astronomical interferometer of 66 radio telescopes and is capable of seeing through dusty environments and viewing incredibly large distances.

The team stumbled across the two new galaxies when they were observing two target galaxies named REBELS-12 and REBELS-29. The team noticed that thousands of light-years away from the target galaxies, there were bright emissions. This discovery led the team to pursue with follow-up observations that led to the discovery of two galaxies are named REBELS-12-2 and REBELS-29-2. These galaxies were hidden behind a cloud of cosmic dust and aren't visible in UV and optical light.

Researchers estimate that the newly discovered galaxies formed only 800 million years after the birth of the universe that occurred 13.8 billion years ago. For more information on this story, check out this link here.