A new study suggests that Jupiter's atmosphere contains the answer to a long-standing mystery with Neptune and Uranus. 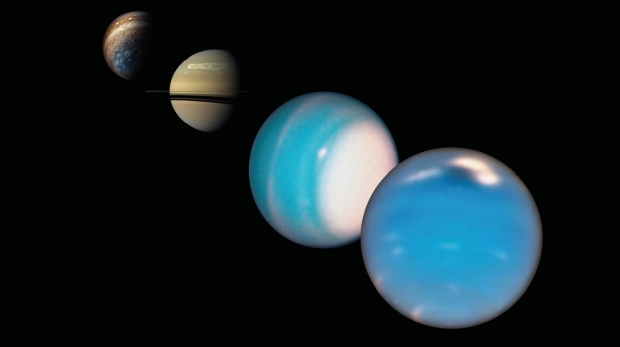 According to a study by Tristan Guillot, the mystery of why Neptune and Uranus lack ammonia in their atmospheres when compared to other gas giants may have just been answered. Guillot suggests that mushballs are what is responsible for the lack of detection. Mushballs are large hailstones that can contain large amounts of ammonia and water.

Guillot suggests that these mushballs form in the atmosphere and then carry the ammonia down into the thick atmospheric clouds and below the layer our instruments can detect. The basis of this theory was founded on a discovery that occurred on Jupiter. Researchers used NASA's Juno spacecraft that's orbiting Jupiter to observe ammonia hailstones forming when storms were occurring. These hailstones carried ammonia deep into Jupiter's atmosphere.

It should be noted that this suggestion by Guillot is just a new theory that he says will require more research to be confirmed or at least fully understood.