A new study has examined a topological map of Mars and has suggested that the Red Planet was once subjected to thousands of "supervolcano" eruptions over the course of millions of years. 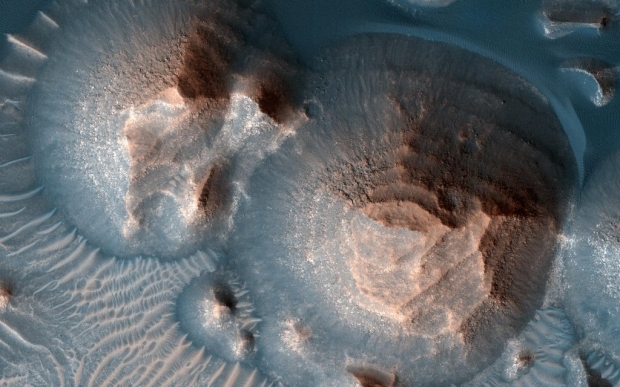 The study was recently published in the journal Geophysical Research Letters back in July 2021, and details that large volcanoes, or more accurately referred to as "supervolcanoes", when erupting, can produce very large amounts of toxic gasses, dust, water vapor, carbon dioxide, and sulfur dioxide that can change the climate of the planet. These eruptions are described as "super-eruptions", and even an individual one can have a large impact on the planet's climate.

According to Patrick Whelley, a geologist at NASA's Goddard Space Flight Center, and the lead researcher on the analysis of Mars' Arabia Terra seen above, "Each one of these eruptions would have had a significant climate impact-maybe the released gas made the atmosphere thicker or blocked the Sun and made the atmosphere colder."

The above image was taken with NASA's High-Resolution Imaging Experiment located on the Mars Reconnaissance Orbiter. If you are interested in reading more about this story, check out this link here for further explanation into the study.