Flights can be long and tough, and sometimes the mind can wander into strange places. Have you ever wondered what would happen if you opened an airplane door mid-flight?

First of all, you should never try an open an airplane door mid-flight, but you also won't have to worry about anyone else opening it because they never will be able to. At typical cruising altitude for a passenger airplane, there is about 3.3 lbs of pressure applied to every square inch of the surface of the plane. Taking into account the size of a plane door, which is about six feet tall and 3.5 feet wide, it can be estimated that an individual would have to provide more than 24,000 lbs or 10.9 metric tons of force to open the door.

From that simple arithmetic, you can understand that no one would be able to do that, but let's say that someone did manage to get the door open, what would happen then? The door opening would cause a rapid decompression that would depressurize the plane cabin in a matter of seconds, causing a strong suction pull. This strong suction pull would cause all loose objects to be sucked outside the plane, including people who aren't buckled in.

Additionally, the cabin temperature and oxygen levels would begin to plummet, causing passengers who aren't wearing an oxygen mask to be deprived of oxygen to be induced with hypoxia. For more information on this story, check out this link here. 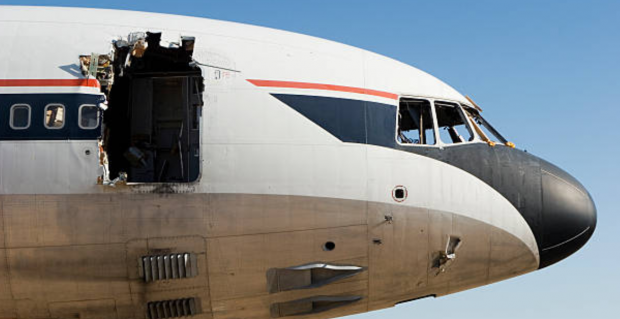