However! - Thanks to the lads over at HardSpell today, they've managed to get their grubby mits on some images of a public version of Intel's own X38 based motherboard. The first and foremost feature to capture one's attention on this board is the three residing PCIe x16 slots.. yummy!

Furthermore, HardSpell have also posted up a series of white papers specific to the characteristics of the X38 Express chipset. 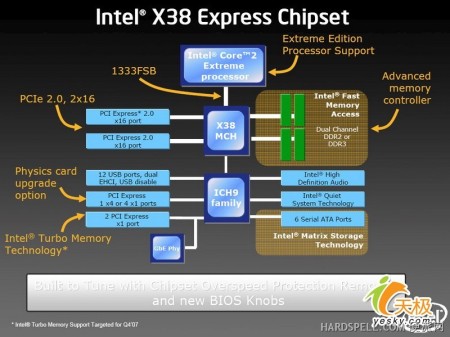