NASA's newest Mars rover has captured on video a shiny object in the martian sky, according to a new post on Twitter.

The news comes from NASA's Perseverance Mars rover Twitter account, which posted a short video of the Perseverance rover aiming its cameras towards Mars' bleak sky. The shiny object seen in the video is one of Mars' moons, Deimos. Mars has two moons Deimos and Phobos, and according to current research, Deimos measures in at a diameter of 7.7 miles.

Deimos is located 14,576 miles from Mars and is the further moon of two that orbit Mars. As for its orbit, Deimos orbits Mars once every 30.3 hours and is also not spherically shaped like the moon that orbits Earth. If you are interested in reading any more news about space, check out this article about a study that suggests aliens could be thriving on these "super-Earth's". 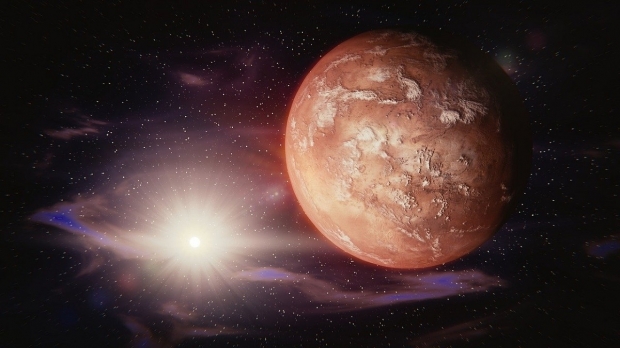