NASA's Curiosity rover may not be the center of attention on the Red Planet, but it's still out there roaming around conducting significant science.

Curiosity recently climbed Mount Sharp on the Red Planet, which is a five-mile tall mountain that is within the 96 mile wide Gale Crater basin where Curiosity is stationed. Curiosity used its Mast Camera to capture a stunning panoramic view of the entire landscape, showing off layers of the mount that researchers back on Earth will use as information to attempt to derive the age of the rock formations. NASA describes the image as Curiosity findings a "changing landscape".

Curiosity also took a rock sample with its drill and then used its robotic arm to crush the rock into a powder so it can be placed into its chassis for examination. Once the now-powder rock is inside the chassis Curiosity proceeds to use its instruments to find out which chemicals and minerals are present in the sample. All of the data acquired from this process is added to the pile of information is being used to answer the question "Did Mars once have the conditions to support life?".

Abigail Fraeman, Curiosity's deputy project scientist, at NASA's Jet Propulsion Laboratory in Southern California said, "The rocks here will begin to tell us how this once-wet planet changed into the dry Mars of today, and how long habitable environments persisted even after that happened." 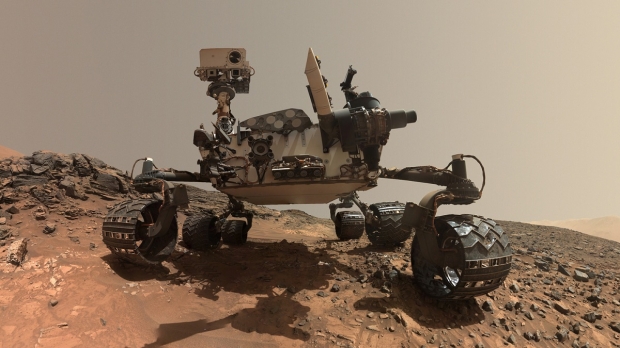