Back in 1896, geologist John Wesley Powell noticed that there was a large portion of missing rock from the Grand Canyon. This later became known as the "Great Unconformity" mystery of the Grand Canyon. 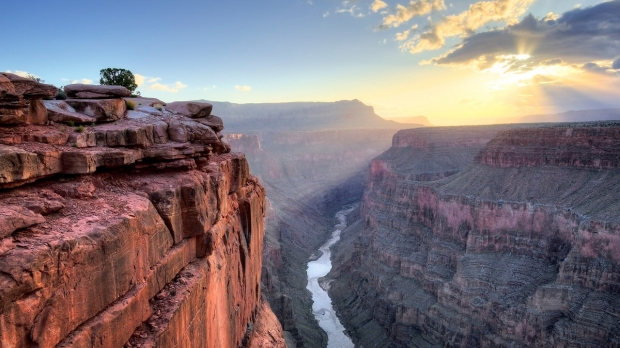 Powell was later able to date the rocks and found that some rocks dated between 1.4 - 1.8 billion years ago, and that more than a billion years of rocks were missing. Geologists in a new study propose that they have found out the reason why there are missing rocks from the Grand Canyon, with the researchers saying that the Grand Canyon is much more complex than researchers have previously anticipated.

The researchers used new methods to come to this conclusion, most of which rely on thermochronology, which is a chemical analysis of the rock that reveals how much heat is stored within the rock when it formed. The heat signature also corresponds to the amount of geological pressure it was under when parts of the canyon were shifting over millions of years. The researchers presented data that suggests the Grand Canyon experienced some small faulting events that can account for the gaps in the overall geological record.