Two doctors are setting out to create one real-life "impulse engine," which appears in the legendary sci-fi TV show Star Trek.

Star Trek is no stranger to inspiring individuals to push the realm of real-world technological possibilities, and now two scientists are settings out to create a piece of technology that was used to break out of the orbit of a planet quickly called an "impulse engine". According to a Nerdist article, Dr. Hal Fearn and Dr. Jim Woodward have teamed up to create the "impulse engine" using some controversial physics that are explained quite clearly in the above video.

Woodward has been working on this question of using the universe's gravitation field as a means of movement for more than thirty years, and now NASA has officially funded a study for the experiment to be replicated by the US Naval Research Laboratory. As outlined in the video, Fearn, Woodward, and a representative for the Naval Research Laboratory have said that the idea is very fringe and has yet to be proven. The main issue is that it's challenging for everyone involved to prove, which is a problem for all new ideas in science.

However, NASA believes that the idea is good enough for an independent study to be conducted. If it's proven to be legitimate, it could very well revolutionize how humans travel in space for the foreseeable future. For more information on this story, check out this link here. 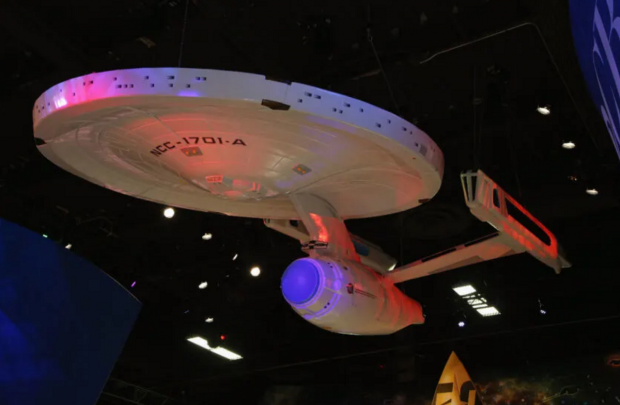