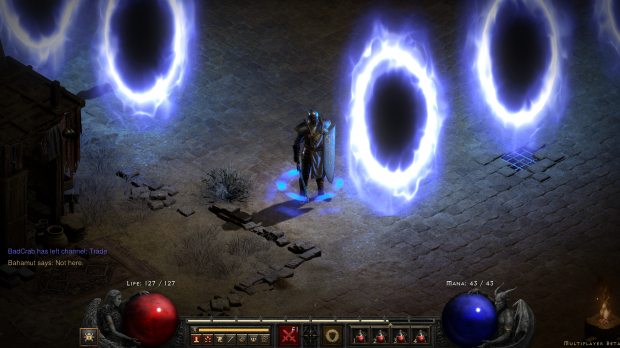 So far I've found the Diablo II Resurrected is an amazing experience. The graphics are incredible, the lighting is immaculate, and it's great looking at all the old acts, characters, monsters, items, and of course abilities completely reborn in HD. That being said, the beta does have major problems. We know the D2R beta is just that--a beta that doesn't represent the final game. But some design decisions seem permanent, including the awful in-game chatbox design and minor issues with making/joining games.

It seems like fans agree. A number of Diablo II fans who pre-ordered D2R or get into the early access beta say they aren't impressed with the game's interaction features. 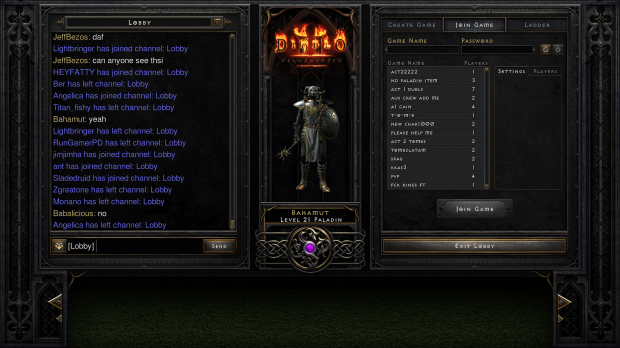 The lobbies are blank and sparse, screens are completely overwhelmed with annoying notification messages that you can't turn off, and there's no way to create private chat rooms. The original chat system commands don't work either, and you can't even whisper someone in-game. So if you're playing with a friend, you're going to have to use Discord or the Battle.net app to communicate.

Diablo II is a game that lives and breathes based on communication. Users need to be able to type and message each other at any given point in-game or out of game. Trading is facilitated through whispers and posts in trade channels. Hell, some of the basic join/create game features are lacking, including not enough characters for game titles as well as no easy way to switch between game name and password (Tab doesn't work here).

I think we'll see many of these issues solved when the game releases next month. But then again, I think some design decisions--like having the chat pane in the lower left just like Diablo 3--are here to stay.

We'll be putting together a video of our Diablo II Resurrected impressions so keep an eye out.