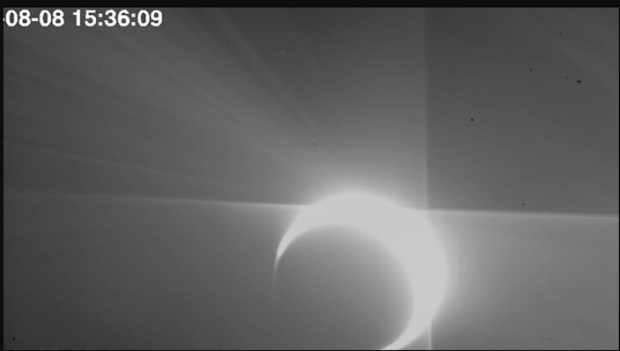 According to a new post on NASA's website, NASA and ESA's Solar Orbiter spacecraft flew past Venus 4,967 miles from the planet's surface. During the days leading up to its approach, the Solar Orbiter snapped several images of it, which can be seen above. Looking at the image, we can see Venus' nightside, which is the large blacked-out semi-circle, and the Sun behind it.

Phillip Hess, an astrophysicist at the Naval Research Laboratory in Washington, D.C, said, "Ideally, we would have been able to resolve some features on the nightside of the planet, but there was just too much signal from the dayside. Only a sliver of the dayside appears in the images, but it reflects enough sunlight to cause the bright crescent and the diffracted rays that seem to come from the surface." NASA also mentions that there are two bright stars in the background of the time. The star furthermost to the right is Omicron Tauri, and above it to the left is Xi Tauri.