Take-Two Interactive has three unannounced remastered games in the works for FY22, and fans speculate Grand Theft Auto III remastered could be one of them. 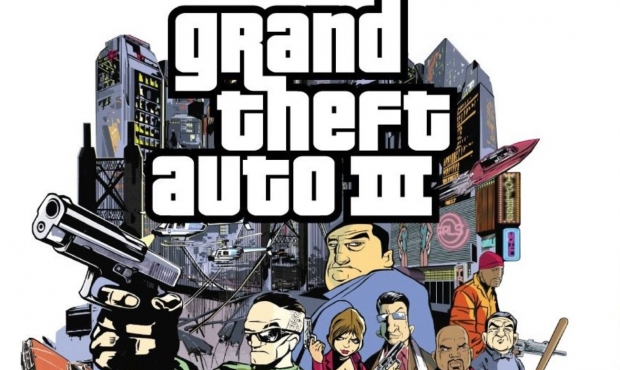 Based on comments on Take-Two's earnings reports it looks like GTA 3 remastered may not be one of the upcoming games planned for the FY2022 period. There's two reasons for this: The first is the recent announcement of game delays, and the second revolves around Take-Two's expected earnings from Rockstar Games.

"As we continue to develop our pipeline, there's been movement in some of our planned releases, including two of our more sub-core titles shifting to later in fiscal 2022 than our prior guidance had contemplated." 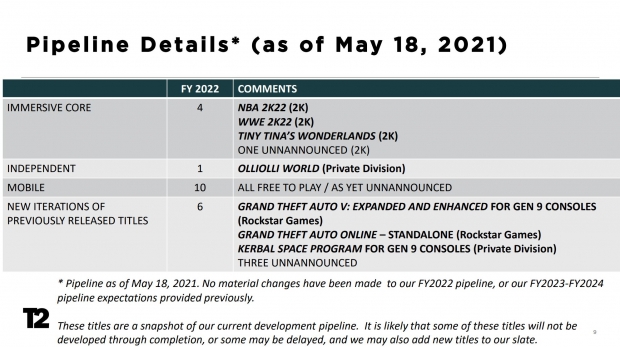 The terminology is interesting. Sub-core could refer to mobile games, but it could also describe two of the three unannounced remasters. Also remember that ports are part of this re-release category too. Here's how Take-Two defines this category:

"New iterations of prior releases: This includes ports and remastered titles. Sequels would not fall into this category."

Could two of the three re-releases have been delayed? Possibly.

The publisher hasn't changed its earnings split from last year. The FY22 label revenue breakdown is 55% 2K, 35% Rockstar Games, and 10% Private Division/Playdots/Social Point/mobile. This is the same revenue split expectations from FY21.

"Turning to our outlook for the full fiscal year...We expect the net bookings breakdown from our labels to be roughly 55% 2K, 35% Rockstar Games and 10% Private Division and Social Point," Take-Two CFO Lainie Goldstein said in a Q1'21 earnings call.

"Turning to our guidance. I'll begin with our full fiscal-year expectation. We expect the net bookings breakdown from our labels to be roughly 55% 2K, 35% Rockstar Games and 10% Private Division and Q2 mobile games," Goldstein said in a Q1'22 earnings call.

If GTA 3 were coming in FY22, Rockstar would be releasing three new Grand Theft Auto products in the same year. This should bump up expectations a bit.

It's also worth noting that 2K will release four games in FY22, including NBA 2K22, WWE 2K22, Tiny Tina's Wonderlands, and another unannounced franchise.

Rockstar did tease some "surprise announcements" for GTA III's 20th anniversary, including some things for GTA Online players. Maybe Liberty City is coming to GTA Online?

Still, though, there's good reason to believe we're probably not getting GTA 3 remastered this year. I hope I'm wrong.