Apparently later on they managed to hit 5.2GHz but we were not around to verify it, so we will just have to take their word for it.

They did it using a GIGABYTE P35-DS3P motherboard with settings of 511.5MHz FSB x 10 which actually puts them at 5115MHz. That is quite an impressive result considering it is a mid-range board but it is still not enough to beat our own record of 5.44GHz during Computex Taipei 2007. Keep in mind, we were using an E6850 processor and GIGABYTE's most high-end DQ6 P35 motherboard with settings of 605MHz FSB x 9.

They even had some sexy girls on hand to assist if anything went wrong - we were told they attempted overclocking but failed miserably yet young men continued admiring them even still... what has this world come to? 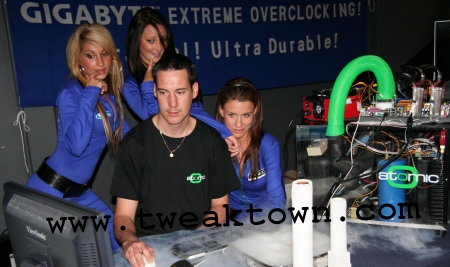 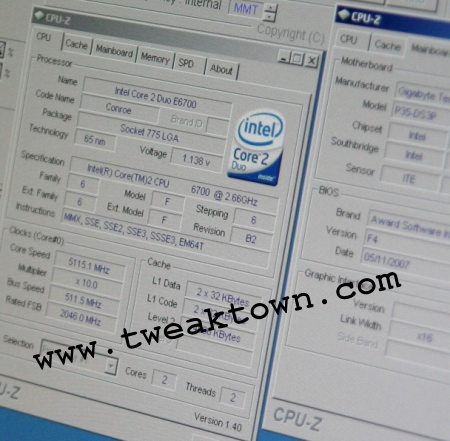 I think we got the message loud and clear that GIGABYTE is serious about overclocking now, don't you think?