Astronomers have obtained new images of a supermassive black hole emitting a powerful jet in detail that wasn't possible until now. 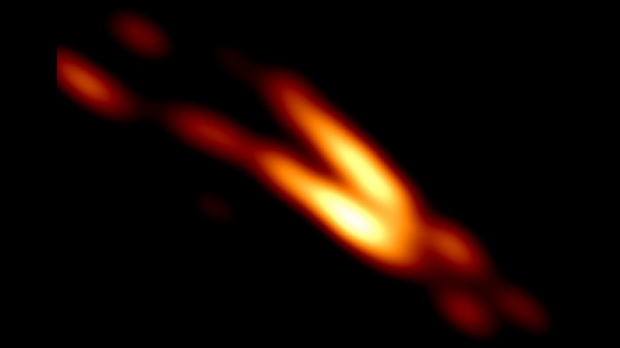 The images were captured by the Event Horizon Telescope which was pointed at the center of the Centaurus A galaxy. The telescope managed to capture images of a powerful jet that came out of the black hole with ten times more accuracy and sixteen times higher resolution than was previously possible.

According to astronomer Michael Janssen of the Max Planck Institute for Radio Astronomy in Germany and Radboud University in the Netherlands, "This allows us for the first time to see and study an extragalactic radio jet on scales smaller than the distance light travels in one day. We see up close and personal how a monstrously gigantic jet launched by a supermassive black hole is being born."

Black Holes and Baby Universes and Other Essays