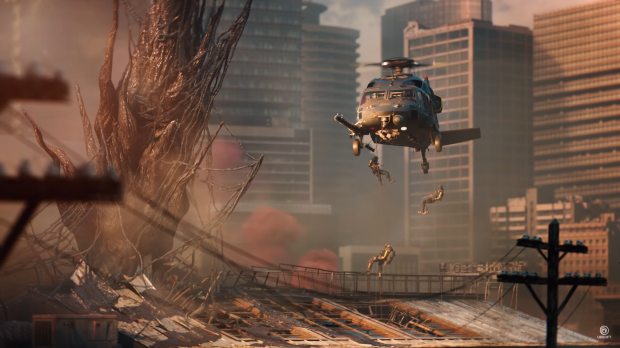 Squad-based co-op shooter Rainbow Six Extraction has been pushed back again so that developers can polish, iterate, and create the best experience possible. "We are embracing the opportunity to take additional time to bring this vision to life in the way it deserves in January 2022. We are confident this will ensure Rainbow Six Extraction is the immersive, cooperative, and thrilling experience we set out to create, and the one you aspire to play," Ubisoft said in a statement.

The delay makes sense. The holiday Q4 2021 period (October - December) is extremely congested, especially for shooters: There's Halo Infinite, Call of Duty Vanguard, Battlefield 2042, and even Ubisoft's own Far Cry 6 all releasing in the period.

A January 2022 release date means the new Rainbow Six will still be part of Ubisoft's FY2022 period, which is expected to deliver record revenues of 2.3 billion euros and 219 million euros in net income, the highest point in the past 5 years.

Here's a breakdown of Rainbow Six Extraction from the recent Ubisoft Forward event: