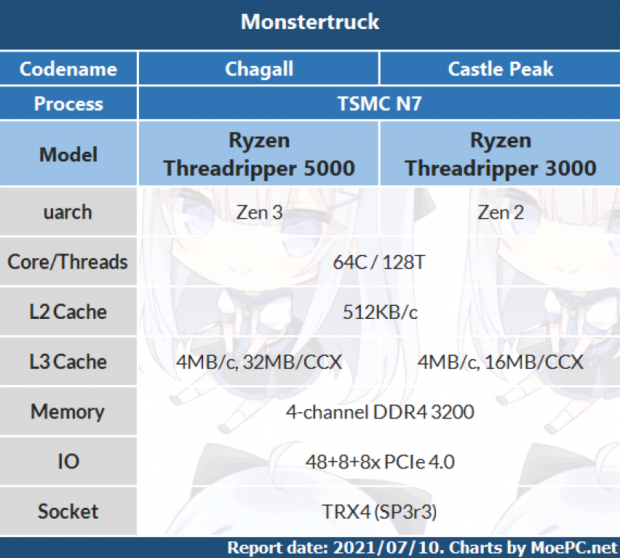 The latest rumor teases AMD will launch the Ryzen Threadripper 5000 series codenamed "Chagall" CPUs in August, based on the new Zen 3 (possibly Zen 3+) architecture and some tweaks to its xGMI (Inter-Chip Global Memory Interconnect) speeds from 16GT/s to 18GT/s.

Other than that, we're still looking at the same CPU core count, the same N7 node over at TSMC, the same DDR4 memory support and TDP (280W max).