The Pentagon has just pulled the plug on its $10 billion JEDI cloud computing deal with Microsoft, and now the entire JEDI program is up in the air. 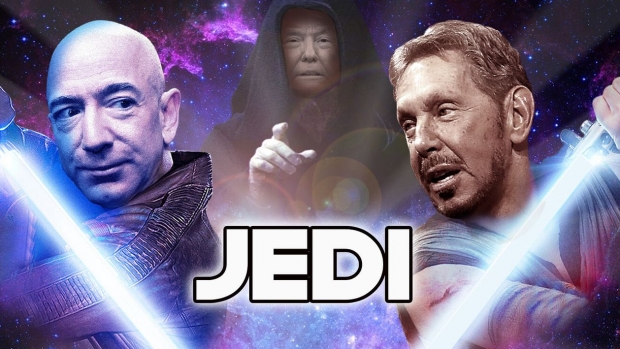 JEDI -- or Joint Enterprise Defense Infrastructure -- had originally caused issues for Amazon that had been one of the players in the $10 billion cloud deal. Microsoft eventually won, but now they've lost their grip on the JEDI contract with the Pentagon explaining in a statement: "Due to evolving requirements, increased cloud conversancy, and industry advances, the JEDI Cloud contract no longer meets its needs".

Toni Townes Whitley, Microsoft's president of U.S. regulated industries, said in a blog post: "One contract has never, and will never, define our relationship with the DoD or any customer. Our decades-long partnership with the DoD will continue - and we stand ready to support our nation's men and women in uniform as they address our national security needs".

The Pentagon hasn't pushed this into a cupboard and leaving it to gather dust, but rather they've announced the new Joint Warfighter Cloud Capability -- so I guess out with JEDI and in with JWCC.

JEDI's huge $10 billion cloud computing contract caused quite the kerfuffle between Microsoft, Amazon, and the Pentagon. Amazon Web Services was up for JEDI but lost to Microsoft in the end, with Amazon pushing the blame onto President Trump at the time saying that he influenced the $10 billion deal in Microsoft's favor.