Digital Dreams has shared a new video running The Witcher 3 loaded with mods including the ray tracing reshade mod, Vanilla Lighting 2.0, and at 8K. You'll need the most powerful hardware you can buy, so I wouldn't be trying this without NVIDIA's flagship GeForce RTX 3090 graphics card.

The PC running The Witcher 3 with the ray tracing reshade + Vanilla Lighting 2.0 and all at 8K is the AMD Ryzen 9 3900X processor, 32GB of DDR4, and an ASUS TUF Gaming GeForce RTX 3090 graphics card.

"Hello, my dear friends! It's been a long time since the last video. I know I announced a new The Witcher 3 HDRP preview in early March but I was silent the whole time. Sorry for that. But in return, I have some good news, and the reasons why I was quiet and why I don't have too much to show. I think the most important news is that I got an official message from CDPR about cooperation. While it's not certain yet, it's very likely that HDRP will be included in the official next-generation update. I will inform you what's next. As always, I would like to thank you for all your support and kind words". 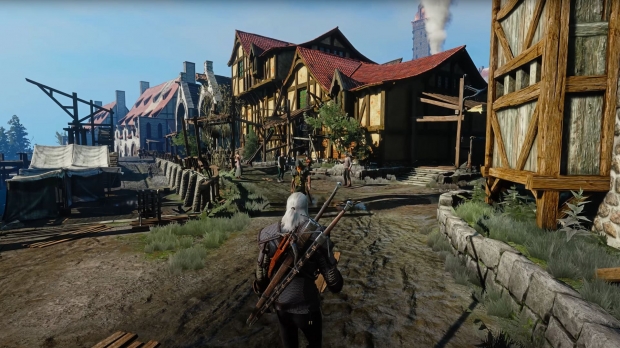