Sony just bought Housemarque, and it looks like Bluepoint is their next big acquisition. 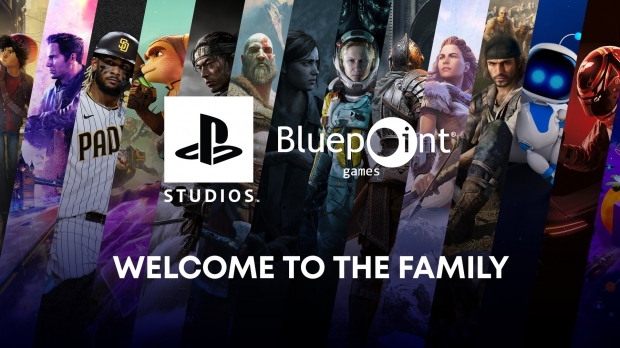 Sony has accidentally revealed its intentions to buy Bluepoint, the gurus behind fantastic PlayStation remasters like the Nathan Drake Collection. Gravity Rush, and Shadow of the Colossus. More recent games include Demon's Souls, a PlayStation 5 launch exclusive of the original PS game. The news was spotted on a quickly-deleted Tweet from PlayStation Japan which welcomed Bluepoint to the PlayStation Studios team. Sony meant to upload the image welcoming Housemarque to the team, not Bluepoint, but the cat was out of the bag and spread across the internet.

The announcement has yet to be confirmed but we should expect official news in the coming days. PlayStation Studios head Hermen Hulst recently said that Sony only buys studios it knows very well:

"We're very selective about the developers that we bring in. They're very, very targeted acquisitions of teams that we know well," Hulst told GQ Magazine.

Sony, who made $25 billion from games in FY2020, says it plans to spend $18 billion in strategic investments across the next 3 years. This typically manifests with major studio acquisitions like Housemarque and Bluepoint, as well as share buybacks and investments in companies like Epic Games.