Sony has purchased Returnal developer Housemarque and will fold the Helsinki-based studio into its PlayStation Studios banner. 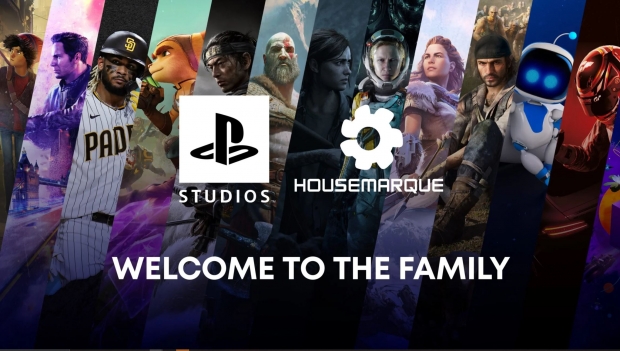 Housemarque is now part of PlayStation Studios and bumps Sony's first-party development talent to 13 teams. The exact purchase price or terms aren't known and Sony didn't reveal exactly how much it paid for Housemarque.

"The day-to-day operations will continue to be run by Housemarque's current management team in conjunction with PlayStation Studios External Development team. Terms of this transaction including the acquisition cost are not disclosed due to contractual commitments."

The strategic buyout comes at a time where Xbox is significantly pressuring Sony with acquisitions like its $7.5 billion Bethesda purchase. Sony, who last year earned over $25 billion from games, is doubling-down on premium exclusives, has set aside a whopping $18 billion to use on strategic investments and acquisitions.

Even under pressure, Sony is very careful with its acquisitions. Despite Microsoft's spree of buyouts, Housemarque is the first major purchase since Sony bought Insomniac in 2019.

"From my perspective, they're the perfect fit for PlayStation Studios with a very strong identity in terms of the kind of games that they make," Herman Hulst said in a GQ interview.

"We're very selective about the developers that we bring in. They're very, very targeted acquisitions of teams that we know well. The amount of collaboration between our external development group and Housemarque on the technical side, the production management side and even on the creative side has been so deep."

Housemarque says its next game will be more ambitious than Returnal:

"The idea is that we now want to show we're not just a "Resogun-studio." We can do all kinds of things, and from our studio's perspective that means that we want to go for these bigger types of experiences," Housemarque marketing director Mikael Haveri said.