Microsoft has just unveiled and detailed its next-gen Windows 11 operating system, and sure -- we've got a fresh new UI, a totally new Start menu, and so much more -- but did you know that Windows 11 will run your Android apps, too?

This will be a big blow to Apple which has been shifting more and more onto the desktop with its fresh new iMac that uses Apple's new in-house M1 chip, with future iMacs to use the next-gen M2 processor. Apple's big shift away from Intel has been happening for years, and now Microsoft is embracing Android apps with Windows 11. 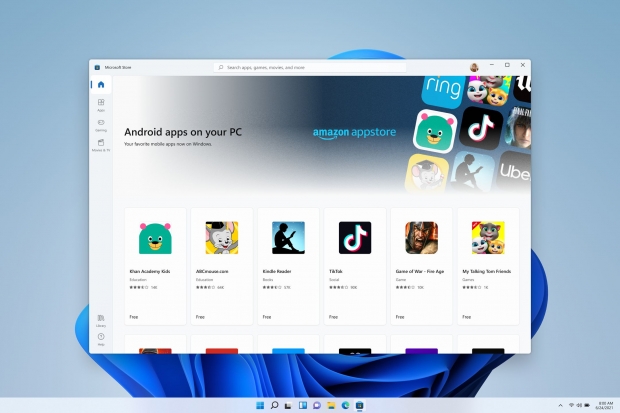 Intel Bridge is available on Intel Core-based PCs but the company is open to seeing its Intel Bridge technology powering Windows 11 on its competitors CPUs, with Intel telling Tom's Hardware after the Windows 11 reveal: "Intel believes it is important to provide this capability across all x86 platforms and has designed Intel Bridge technology to support all x86 platforms (including AMD platforms). However, Intel delivers platforms that result in an optimized experience making Windows platforms running on Intel Core processors the best choice".