If you happened to miss the Blood Supermoon that recently occurred, now if you chance to catch the last supermoon of 2021, the Strawberry Moon. 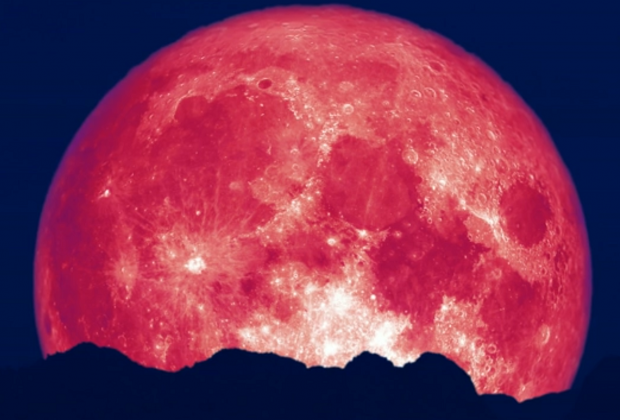 According to Farmer's Almanac, the Strawberry Moon will be visible this coming Thursday, June 24, until June 26. What is a super moon? The definition of super moon is given to the moon when its orbit brings it closest to Earth. Due to the orbit of the moon, this only happens a few times a year, and as explained by Almanac, a full moon that is less than 224,000 miles away from Earth is considered a super moon.

The coming Strawberry Moon will be located just outside the cut-off line, being 224,662 miles away from Earth. However, due to this month's supermoon only being a few thousand miles further back than April and May's supermoons, onlookers at the cosmic spectacle shouldn't see any noticeable difference. Additionally, the name "Strawberry Moon" wasn't derived from the hue that it can produce, but instead, it comes from Algonquin, Ojibwe, Dakota, and Lakota Native American tribes as it marks the ripening of June strawberries.

However, NASA says the moon can actually appear "strawberry" color, "The orbit of the moon around the Earth is almost in the same plane as the orbit of the Earth around the Sun (only about 5 degrees off). On the summer solstice, the Sun appears highest in the sky for the year. Full Moons are opposite the Sun, so a full Moon near the summer solstice will be low in the sky. Particularly for Europe's higher latitudes, when the full moon is low it shines through more atmosphere, making it more likely to have a reddish color (for the same reasons that sunrises and sunsets are red)".

Use this calculator here to see the times for the moonrise and moonset.