Rainbow Six: Siege has received its new update that enables NVIDIA's amazing DLSS (Deep Learning Super Sampling) technology that boosts performance by up to 50% at 4K. Check it out in action: 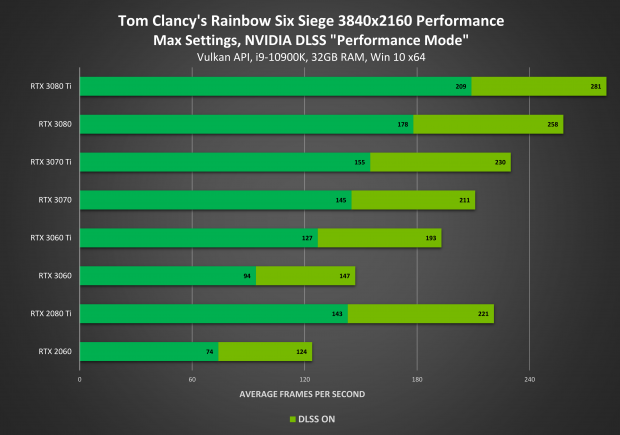 The lower-end GeForce RTX 2060 jumps from 74FPS average 4K to 124FPS average, meaning 4K 120FPS is possibly thanks only to DLSS in Rainbow Six: Siege, another impressive feather in NVIDIA's ever-growing DLSS-powered library of games.