The Hubble Space Telescope was launched back in 1990, and the development for its replacement began in 1996. Since then, the JWST has gone through multiple delays caused by cost overruns and major redesigns, but now we are finally nearing the end of its development. The JWST opened its primary mirror for the last time on Earth before its launch scheduled for October 31, 2021.

So, how much better is the JWST going to be compared to Hubble? Well, the JWST has a far larger mirror than Hubble and also sports a sun shield the size of a tennis court that basically acts as a beach umbrella to keep it cool. Astrophysicist Blake Bullock, who is a director at Northrop Grumman Aerospace Systems, the contractor on the project, said, "It is the biggest, most powerful telescope ever to be put in space. There are big telescopes on the ground but nothing of this nature and complexity in space. Hands down, it's the most powerful thing out there."

Adding, "Hubble, when pushed to its maximum, could see galaxies that were teenagers in terms of age. We want to see babies. With the Webb, we will be able to see back in time to the earliest objects in the universe for the first time. Also for the first time, we will be able to characterize other planets going around other stars, distant exoplanets, and see if there are oceans, an atmosphere, what chemical elements are there." 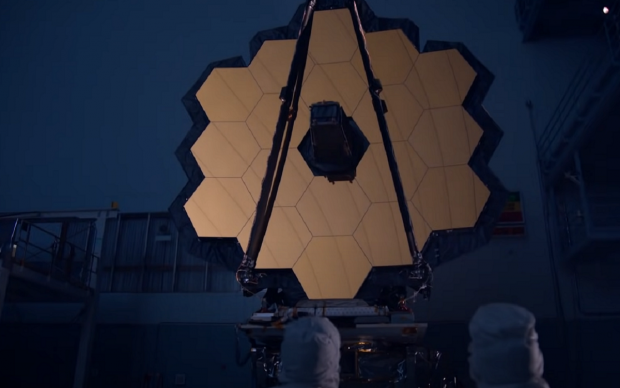