Valve could bring its old-school classics and new games over to consoles in some form...but the company plans to subvert all expectations. 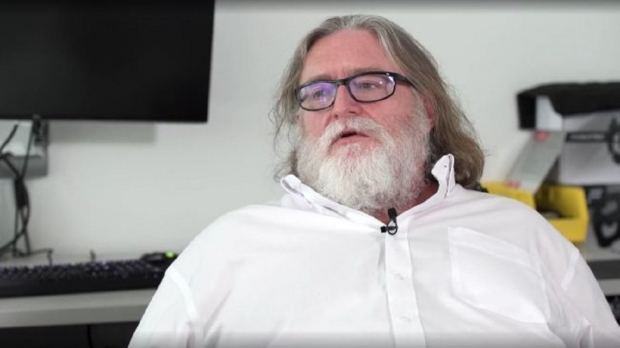 After teasing more singleplayer Half-Life games are on the way, Valve's Gabe Newell is once again stirring up his fan base with soft-spoken words. This time Newell hints that Steam games could eventually show up on console platforms like PlayStation and Xbox.

In a recent on-stage event in what looks like a primary school, Newell was asked a particularly exciting question by a student: "Will Steam be porting any games on consoles or will it stay on PC?"

Newell responds: "You will have a better idea on that by the end of this year. It won't be the answer you expect."

What could this be? Will Valve make its own streaming service to beam its first-party games over to consoles? Will consoles get actual playable ports? Will the Xbox be able to natively run a hampered Steam over its Windows OS platform, allowing for classic mouse+keyboard play in certain games?

Recent Epic Games court documents assert that Phil Spencer is having regular meetings with Gabe Newell, so the more likely opportunity here is Game Pass on Steam...and perhaps some sort of retroactive version of Steam on Xbox.

Whatever Newell is referring to, it might be discussed at Microsoft's E3 event in June.