Researchers and scientists are tracking thousands of human-made objects that are orbiting around Earth that could potentially be very dangerous to functioning satellites. 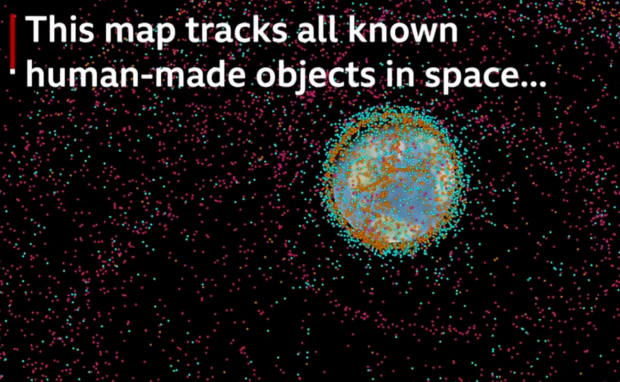 Professor Moriba and his colleagues have created a near real-time map that is called AstriaGraph that tracks around 200 "super-spreaders", which are large rocket bodies that could potentially break into thousands of pieces. A video on the BBC website details that the AstriaGraphic system is tracking over 26,000 individual objects that range from the size of a smartphone to the size of the Space Station.

Of those objects, 3,500 are functional satellites, and the rest are considered space junk or rubbish. These "super-spreaders" that Prof Moriba is concerned about are used rocket parts that are "pretty much ticking time bombs" that will eventually explode or get hit by another object and become tens of thousands of pieces that will endanger functional satellites. If you want to read more on this story, check out this link here.