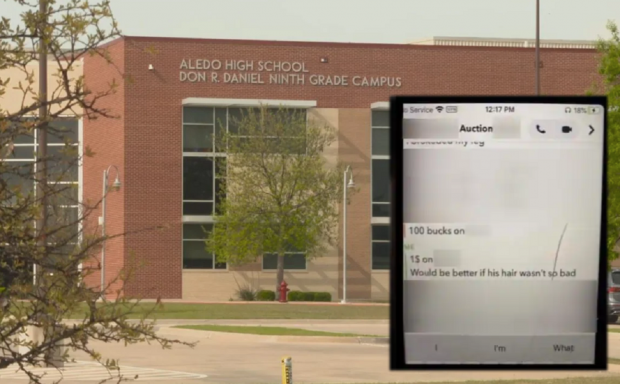 Screenshots of the Snapchat group revealed the group's name being changed from "Slave Trade" that showed emojis of a black man, a gun, and a white police officer to "[racial slur] Farm" and then to "[racial slur] Auction". Additionally, the screenshots reveal one person stating they would buy a peer for $100 and a second student saying they would spend $1 to buy a black person.

In other screenshots, it was mentioned that one student was "sold," and according to a report from Star-Telegraph, when Principal Carolyn Ansley found out a problem, she sent out an email mentioning that the Snapchat group was "an incident of cyberbullying and harassment." Parents that received this email voice their concerns over the lack of acknowledgment towards the blatant racism.