Back in late February, NASA's new Mars rover safely touched down on the Red Planet, and now it's hard at work uncovering the mysteries of a new baron world.

Looking at the official Twitter account for the Perseverance rover, we can see that the rover is speaking from a first-person view and that it has recently found a strange rock that has scientists back on Earth puzzled. From the string of tweets that the Perseverance rover has sent, it's apparent that scientists aren't quite sure what or where this uniquely looking space rock has come from.

In one reply from Perseverance, it's stated that the team of scientists has proposed many different hypotheses about the rock, a couple of which are as follows; "is it something weathered out of the local bedrock? Is it a piece of Mars plopped into the area from a far-flung impact event? Is it a meteorite?". At the moment, your guess is as good as NASA's until more research into the strange rock is completed. 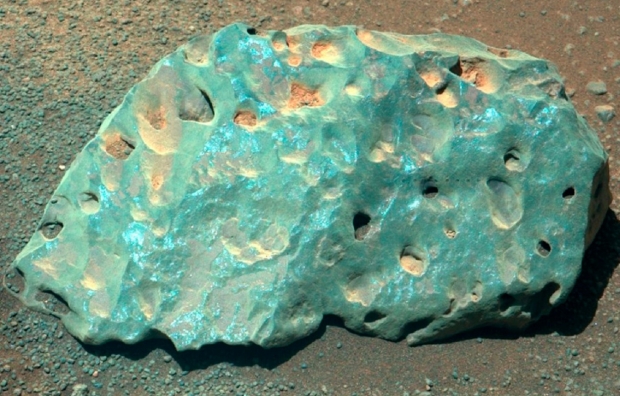