Game developer Michel Ziegler peels back the inky curtain of his dark horror game Mundaun, revealing influences and goals with the strange title. 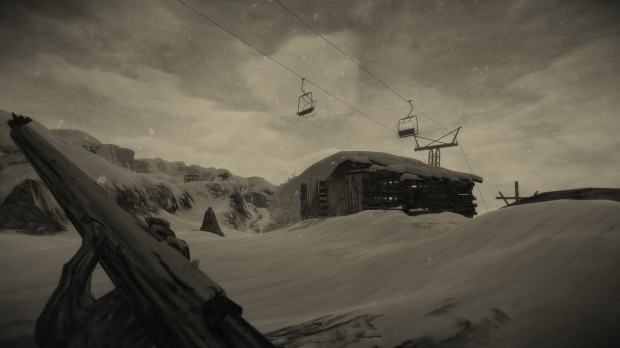 Mundaun is a lot like a Robert Eggers film with distinct Lynchian overtones. The game is fully hand-drawn by Michel Ziegler, a dev who spent a long time capturing the Swiss countryside in sketches to use in his game. Rather than taking pictures, Ziegler recorded what he saw in the old-fashioned way: With pencil and paper. In a recent behind-the-scenes video, Ziegler talks about his journey in making Mundaun, and how The Shining played an important role in shaping the experience.

"My goal wasn't 'I'm going to make a scary game' at the beginning. I wanted to create a certain atmosphere that was very dark and very thick," Ziegler said.

For inspiration, Zeigler went exploring across the Swiss countryside, sketching everything he saw--old barns from the 1900s, jagged sawtooth mountains that cut the sky, gentle and foreboding fields of snow--to put in the game. Ziegler would draw, put the sketches on a lightboard, and then scan them into a games engine to map the pictures as textures. Everything in Mundaun--the characters, the floors, the walls, the sky--has been hand-drawn by Ziegler. 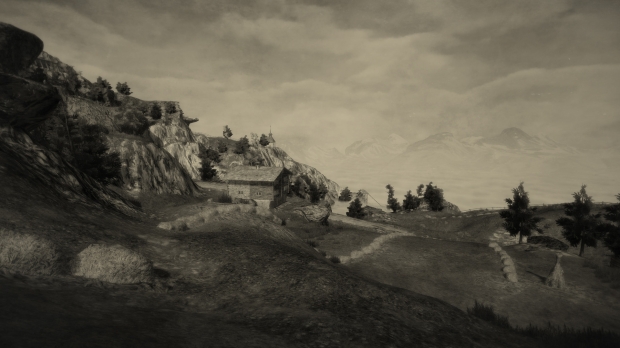 The process was a long one; Ziegler has been working on Mundaun for six years.

"It started as a passion project and even now it's going to release for a worldwide audience. I didn't think this would happen, that this was the goal.

"It's crazy because I've been working on this game longer than I've been a father. It's strange. Everything is kind of intertwined. If you work on something like this for six years, it's really kind of hard to imagine what happens when it's finished."

The game is based on the real-life Obersaxen-Mundaun region in Switzerland. The video shows Zeigler visiting the real-world locations that were adapted into the game, including Hotel Mundaun, which brings a distinct haunted Shining vibe, as well as a hallowed chapel to the night-cloaked hinterlands and abandoned woodframe houses.

"I knew it was going to be something inspired by folktales," he said.

"The first sequence of the game is when you arrive with the boss to Mundaun, and that scene was very much inspired by The Shining. We even tried to make the music a kind of homage. There's an old hotel when I was a child, and then it was a hotel, but now it's been abandoned for some years. It reminds me of the hotel in The Shining a little bit."

After the massive six-year investment, Ziegler says he plans to take a long break.

Mundaun is now available on Steam, PS4, Xbox One, and the Epic Games Store.