Zack Snyder's Justice League has made its huge debut on HBO Max, with parent company AT&T enjoying a huge surge in users as they flocked in to watch the original vision of Justice League from Zack Snyder.

WarnerMedia's streaming platform saw an 8.9% surge in users launching the HBO Max mobile app, while the HBO Max app itself had downloads skyrocket by 68% during the week that Zack Snyder's Justice League debuted. The only source on this right now is Bloomberg, where writer John J. Edwards III is wrong about the theatrical release of Justice League being Zack Snyder's "original 2017 cut" but "completed by a different director".

The theatrical release of Justice League was not Snyder's "original 2017 cut", it was a hacked-together Frankenstein mess that had almost nothing to do with Snyder after Whedon's extensive re-writes and re-shoots. It wasn't simply "completed" by another director, but that director made it into nearly a completely different movie.

The wrong doesn't end there, as he adds that the theatrical release of Justice League only "disappointed some fans", as I think a vast majority (I would like to say 75-80% or more) were not happy with it at all. Warner Bros. labeled it as directed by Zack Snyder but 80% of the movie was re-shot by Joss Whedon, with just bits and pieces of what Snyder had shot used in the theatrical release of Justice League.

As for HBO Max, these streaming numbers are great -- fantastic even. This is HBO Max and WarnerMedia's chance to take the opportunity to Restore the Snyder Verse, and have Snyder continue his vision of the DCEU and a continuation of his original arc for Justice League.

But the numbers don't stop there, since the Bloomberg article is so light and it seems the corporate press and media doesn't want to acknowledge that Zack Snyder's Justice League would've been a $1 billion+ (very easily) movie in theaters, the success on HBO Max cannot be ignored.

But I'm with Carlos Digital there... they need to make this their next Game of Thrones as the numbers for Zack Snyder's Justice League -- which I believe are heavily suppressed (and lots of that is coming from WB) at this point.

Another thing that's not being talked about here is that Zack Snyder's Justice League has had the largest organic campaign on Twitter in cinema history. I would dare say in anything history, as it feels that big -- with over 1.5 million tweets to #RestoreTheSnyderVerse in a 24-hour period beating out juggernaut Avengers: Endgame that only managed 1.4 million tweets and was the previous record on Twitter. 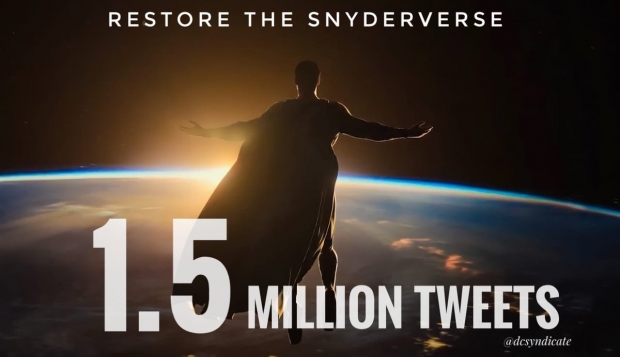