One of the largest cargo container ships in the entire world has turned sideways and has blocked all traffic in Egypt's Suez Canal. 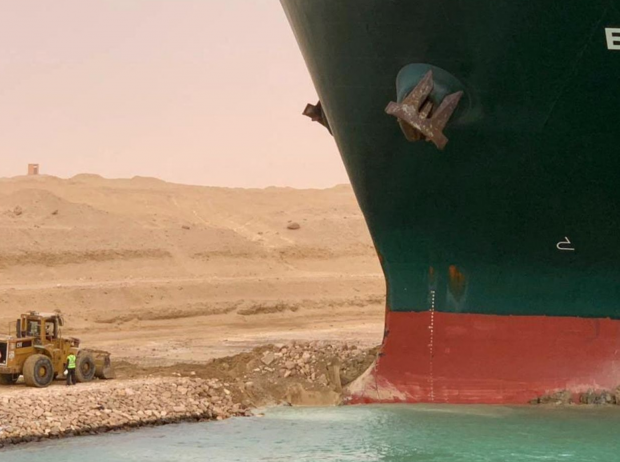 On Wednesday, officials said that the MV Ever Given, a cargo container ship that conducts trade between Asia and Europe, has become grounded in the man-made waterway that divides Africa from the Sinai Peninsula. According to GAC, the reason the cargo ship turned sideways is because it suffered "a blackout while transiting in a northerly direction."

According to a statement from the Evergreen Marine Corp, a Taiwan-based shipping company that controls the cargo ship, the ship turned sideways because it was overcome by strong winds as it began to enter the Suez Canal. Evergreen Marine Corp also notes that none of the containers have fallen from the ship. Bernhard Schulte Shipmanagement, which manages the Ever Given, said, "All crew are safe and accounted for. There have been no reports of injuries or pollution." However, management said that the ship never lost power.