We all know the pain of trying to find a graphics card right now, and while we thought AMD was rumored to not experience as much of a shortage with its new Radeon RX 6700 XT as it has with its Radeon RX 6800, Radeon RX 6800 XT, and Radeon RX 6900 XT cards -- it, very unfortunately, looks like that'll be the case. 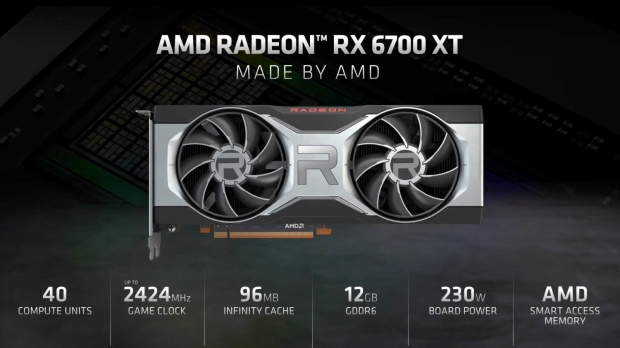 Igor's Lab is reporting that there will only be a couple of Radeon RX 6700 XT cards for the entire of Germany, but there will just be a few thousand for the entire of the European Union (or EU). Igor explains: "If you condense the information of various board partners and distributors to a trend, then there are, depending on the manufacturer and model, only a few pieces (for Germany) to a few thousand for the EU as a whole".

But then there's the UK and Red Gaming Tech that reports that there should be 1000-2000 units of the AMD Radeon RX 6700 XT graphics cards made at launch -- and weekly afterwards. It looks like the UK will have many more cards than the entire of the EU, which is a bit of a shocker -- but I think we'll be finding the RX 6700 XT nigh impossible to buy at launch.

It won't just be gamers wanting it but Bitcoin mining rigs and crypto mining rigs will want to get filled with some of these Navi 22-powered Radeon RX 6700 XT graphics cards. We're looking at around 40-44MH/s of ETH mining hash rate power from the Radeon RX 6700 XT, while you should be able to tweak that and also get power/temps down to great levels on the mid-range GPU.

I do know that AMD will and its AIB partners will definitely have more stock of the Radeon RX 6700 XT than they did for the other Big Navi-based graphics cards, but we'll have to wait and see how that situation goes throughout the next couple of months.