Blizzard plans to allow modding in the new Diablo 2 Resurrected remaster, but it may be quite limited and some high-profile mods probably won't work. 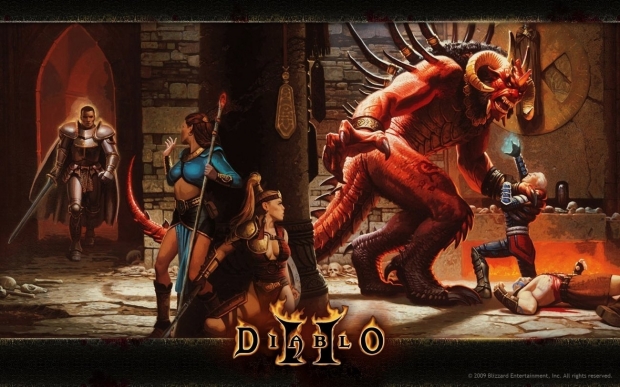 D2R's new Battle.net framework will make the remaster much more secure and prevent hacking, but it'll also be a headache for modders. The remaster's enhanced graphics engine is built on the existing framework of the original game, but the servers have been updated. D2R isn't running the legacy Battle.net online infrastructure and has moved to the Battle.net 2.0 network.

As a result, some of D2's biggest mods like Path of Diablo and Project D2 probably won't work. These mods have massively expanded the original games with lots of QoL improvements like shared stashes, as well as fundamentally changing core gameplay with new skills and unique additions. The mod creators warn gamers not to expect compatibility, and it's likely these mods will be exclusive to the legacy Diablo 2 versions. Blizzard promises to leave the older game alone, though, and the base Battle.net system will remain as it is.

"As for modding, we are still going to allow that but with the modern BattleNet. We will also prevent any kind of hacking within the game files. Some things might be possible, and others might not in Resurrected," Cederquist said in an interview with IGN.

"We are also improving how the game is built - I am referring to stuff like data files and other things that were hardcoded into the game which no longer are - so this can also allow more opportunities to change things around for the game. We are excited to see what the community is able to do with this when the game releases."

Project Diablo 2 modders aren't holding out much hope for PD2's compatibility with the remaster. Here's a statement they've released regarding Diablo II Resurrected:

At the moment it's unclear what the future for Diablo 2 Remaster and the modding community is. However it is very likely Project Diablo 2 will not be able to be ported over.

The question then becomes whether it is still possible to recreate Project Diablo 2 on the remastered version. However unless blizzard supports private leagues / modded communities or provides us with server software to host our own we will be unable to as the modding would become single player oriented.

The same is true for Path of Diablo, another immensely popular Diablo 2 mod:

"While mod support is great for singleplayer mods, this does not apply to private servers. The server emulator is unlikely to be compatible at all with this [new] game client," Path of Diablo modder greendude120 said on Discord.

"Blizzard never wanted private servers and has never endorsed them. Creating the emulator takes some very crazy-talented reverse engineers who are proficient at assembly language with a lot of time on their hands. We also have no interest in making PoD for singleplayer, so do not expect a PoD: Remaster.

"With that said, I will keep running PoD the way it is currently on the old client for as long as there is interest or until Blizzard sends me a cease and desist, so you'll still be able to play PoD but on the old client and not the remaster client."