NASA has successfully landed its Perseverance rover on Mars, with ground controllers at NASA's Jet Propulsion Laboratory in Pasadena, California celebrating the news just hours ago.

The Perseverance rover took just over 11 minutes to land on the Red Planet, with NASA reaching the tip of Mars' atmosphere at 3:48PM EST (8:48PM GMT). It was at this point that NASA refers to as the "seven minutes of terror" which is the time between the entry, descend, and landing of the Perseverance rover.

Once the rover had landed on the surface of Mars, it took 11 minutes and 22 seconds for the signal of its confirmed landing to transmit between Mars and back here to Earth. That journey is pretty long though, at close to 300 million miles... a journey that NASA started back on July 31, 2020.

NASA officials said in an update: "The team of engineers that piloted NASA's Mars 2020 spacecraft, with the Perseverance rover and NASA's Ingenuity Mars Helicopter inside, during the cruise from Earth to the Red Planet has handed over the reins to the entry, descent, and landing (EDL) team". 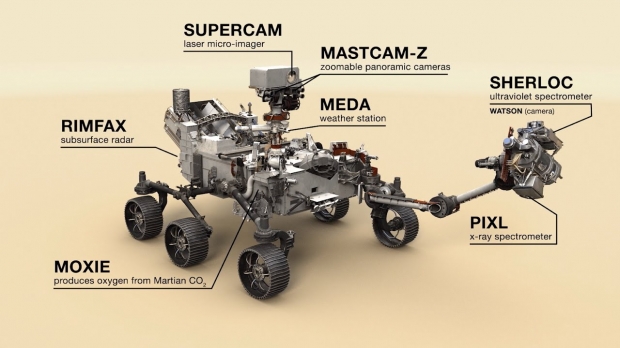 Acting NASA Administrator Steve Jurczyk said: "This landing is one of those pivotal moments for NASA, the United States, and space exploration globally - when we know we are on the cusp of discovery and sharpening our pencils, so to speak, to rewrite the textbooks".

"The Mars 2020 Perseverance mission embodies our nation's spirit of persevering even in the most challenging of situations, inspiring, and advancing science and exploration. The mission itself personifies the human ideal of persevering toward the future and will help us prepare for human exploration of the Red Planet".