AMD launched its Zen 3 architecture and Ryzen 5000 series processors late last year, to massive success -- but now we have some specific numbers. 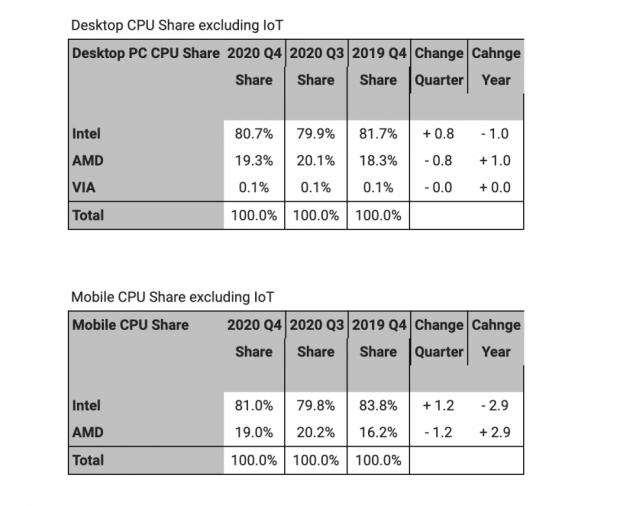 The latest CPU market share results have been published by Mercury Research, with the Q4 2020 numbers showing that not just AMD but Intel did well in the 3 months to end 2020. AMD sold close to 1 million Ryzen 5000 series processors in Q4 2020, Mercury Research said: "The Ryzen 5000 supply ramp was record-breaking for AMD by a very wide margin".

Mercury Research reports that when it comes to desktop CPU market share, Intel has 80.7% of the market while AMD has 19.3% which is actually down from 20.1%.

"AMD also grew strongly in client CPUs, just less so than Intel, which is where AMD's share loss came from. In desktop, it's particularly noteworthy that the Ryzen 5000 "Vermeer" core CPUs had an explosive ramp in their first quarter of shipments, out-shipping AMD's best prior desktop CPU ramp by more than 2X. We believe AMD shipped close to a million units of Ryzen 5000, resulting in AMD having a record high desktop average price for the quarter". 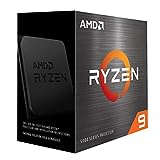