As trust in retail trading implodes over the r/Wallstreetbets $GME saga, people are looking at cryptocurrency, but it's not Bitcoin making the significant gains today. Doge is now the 8th largest cryptocurrency with a market cap of over $8.4 billion. 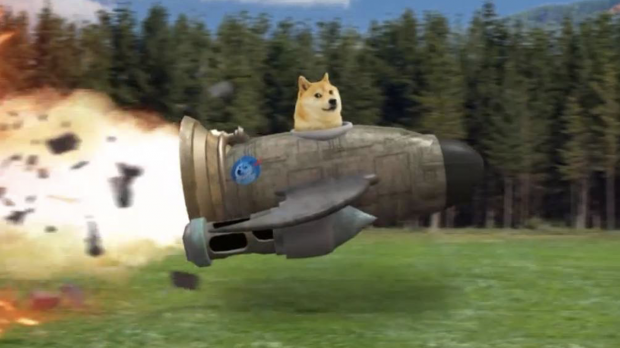 Usually, what "the internet" says doesn't really work as a collective mouthpiece, but sometimes enough people rally around an idea that it feels like a consensus; like the GameStop stock fiasco that's going on right, which has celebrities,

politicians, and billionaires alike rallying against hedge funds. Well, if you were caught up in the GME excitement today, you might have missed that the meme-based cryptocurrency, Dogecoin, has shot through the roof today. 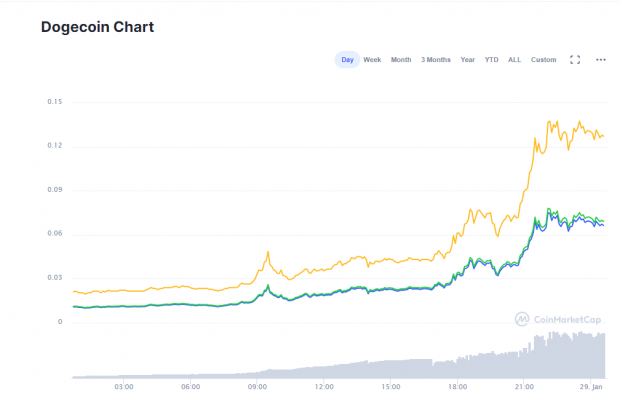 Dogecoin fans are trying to emulate the GME stock pump in some way without fully understanding the reasons behind GameStop's price explosion. Still, Dogecoin is on a monumental run to uncharted territory.

Until Thursday, Dogecoin had never exceeded 1.4 cents, but as of writing this, Dogecoin is trading at 6.3 cents, and it peaked at around 7.3 cents. The show might be over soon, though, as the excitement seems to be waning. Dogecoin fanboys are saying it's still going higher. We'll see if the momentum continues. Much Doge. Such Wow!