AMD had a phenomenal 2020 with the unleashing of the next-gen Zen 3 and RDNA 2 architectures for the PC in Ryzen 5000 series CPUs and Radeon RX 6000 series GPUs -- but that wasn't all. 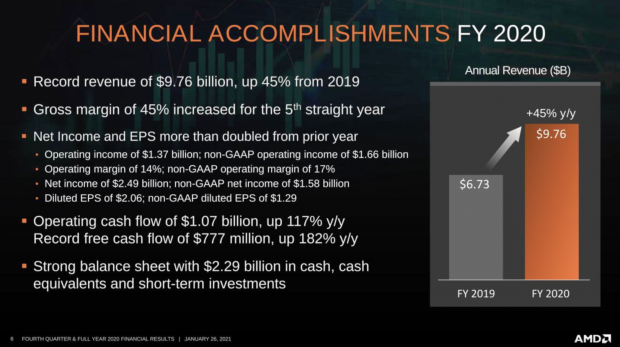 The company powered the next-gen Sony PlayStation 5 and Microsoft Xbox Series X/S consoles with semi-custom designs made by AMD, packed servers and supercomputers with Zen-powered EPYC processors, and so much more. It should come as no surprise that AMD has posted a new all-time high revenue for FY 2020. 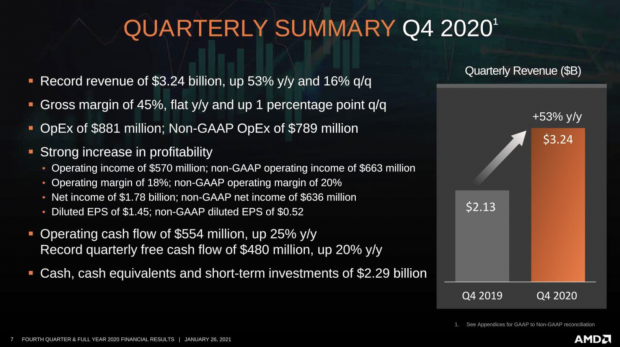