Cyberpunk 2077 was announced in late 2012, but the game didn't start principle development until four years later in 2016, sources tell Bloomberg's Jason Schreier. Top CDPR devs originally wanted Cyberpunk to follow The Witcher 3, but this was shot down by the game's director. 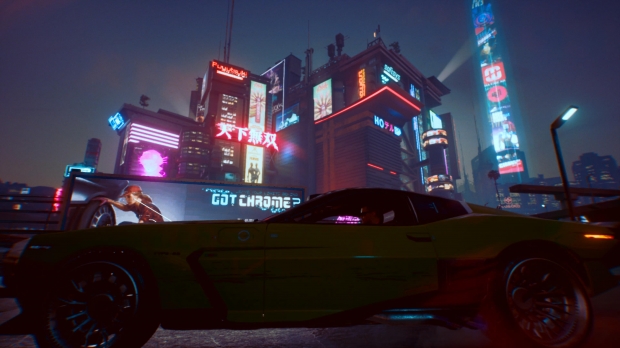 A big part of Cyberpunk 2077's controversy is that gamers 'waited 9 years to play it.' That's something I've heard a lot, but it's not entirely accurate. Cyberpunk 2077 has only been in full development for the last five years. Sources familiar with CD Projekt RED and Cyberpunk 2077's development say the studio didn't start really working on the project until 2016, the same year CD Projekt received a hefty $7 million dollar grant from the Polish government to fund the game. In the grant application from 2016, CD Projekt said Cyberpunk 2077 would feature "real-time AI" that roam "living, breathing cities," and there was multiple mentions of flying cars and even "seamless multiplayer."

These ambitious features didn't manifest into the final game the way CD Projekt had hoped. The seamless multiplayer was so big it was separated and will now release as a standalone game. Sources also said that Cyberpunk 2077 was essentially rebooted in 2016, and that several high-profile developers wanted the game to follow The Witcher 3's footsteps in a number of ways.

Game director Adam Badowski had CDPR change nearly everything from perspective, story, and overall mechanics. Badowski also reportedly ignored the whims of the seasoned Witcher developers, causing them to leave the studio.

If Badowski had listened, Cyberpunk 2077 could've been a third-person game similar to The Witcher 3. CDPR focused more on first-person because of immersion, the company said.

"In Witcher 3, you were looking over Geralt's shoulder and being an observer of his actions. In Cyberpunk, you naturally slip into the role. We're building our gameplay systems around this, so it wouldn't really work without the first-person either," senior level designer Miles Tost said in 2019.

It's more likely that CD Projekt hoped to tap the mass-market appeal of first-person shooters. Cyberpunk 2077 is an amalgamation of multiple genres; it has action-based first-person shooter combat similar to Call of Duty, and open-ended city-based exploration like Grand Theft Auto. There's also RPG elements thrown in as well as Witcher-styled dialog systems with lots of long-lasting implications and choices. Not everything fits well and there's times where Cyberpunk 2077 feels like a kind of soup of disparate parts, but this is also due to the multitude of cut features and content.

So far the gambit appears to have paid off, at least in the short term. Cyberpunk 2077 is the #2 best-selling game in the U.S. in December, second only to Call of Duty Black Ops Cold War. CDPR also says the game has sold more than 13 million copies worldwide including the recent refunds. Long-term, though, CD Projekt will have to face multiple court cases for possible securities fraud.

CD Projekt plans to fix Cyberpunk 2077's poor performance on PS4, Xbox One over the next few months, and will release a next-gen patch late 2021.