The Switch has absolutely annihilated the PS4 and Xbox One in Japan, compromising 87% of total console sales in 2020. 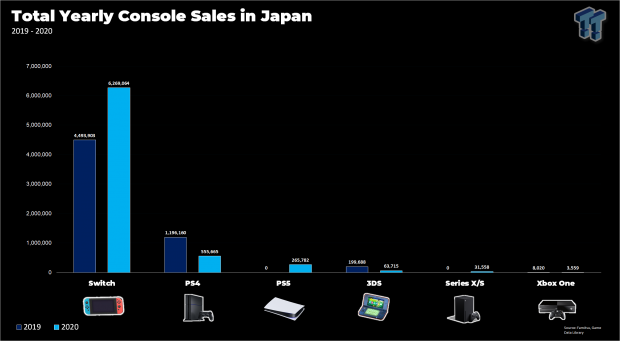 The Nintendo Switch is a monster. The console has sold-in 68.3 million units worldwide as of Q2, and continues its strong momentum as it enters its fourth year on the market. The system is especially popular in Japan, where it crushes the PS4, Xbox One, and even the new next-gen systems.

According to Famitsu and Media Create sales data collected by Game Data Library, the Switch sold a whopping 6.2 million systems in Japan in 2020. This represents a 1.7 million sales gain, up 40% YoY from 2019. The Switch also made up a huge 87% of total consoles sales for the period, up from 76% in 2019.

What's most interesting about the data isn't just the Switch's success, but the lower trends of the other systems. PS4 sales were down 54% year-over-year and only moved 550K units in 2020. The Xbox One performed abysmally with only a mere 3,559 units sold (this isn't new for Japan, the console is veryunpopular here). 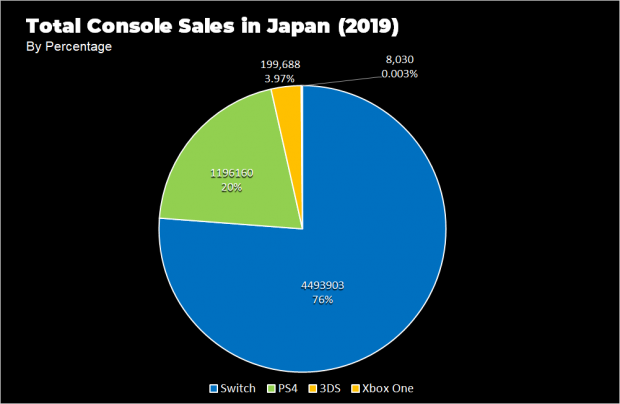 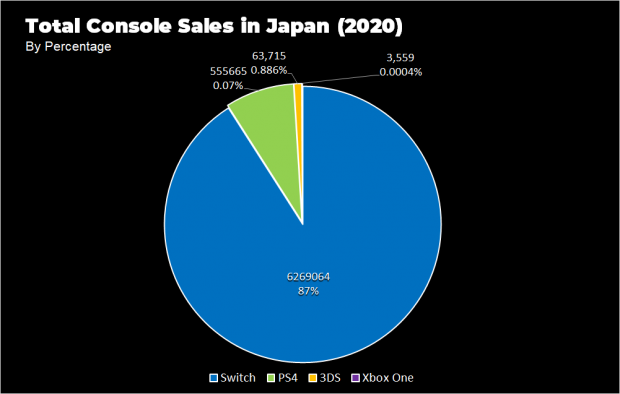 Key analysts expect the Switch to continue topping sales charts and beating out other systems in 2021. This is especially likely considering the PS4 and Xbox One sales numbers should drop as gamers transition to the PS5 and Xbox Series X/S family.