Tesla has just opened up and turned on the world's largest Supercharger station located in Shanghai, China -- as seen by @JayinShanghai on Twitter. 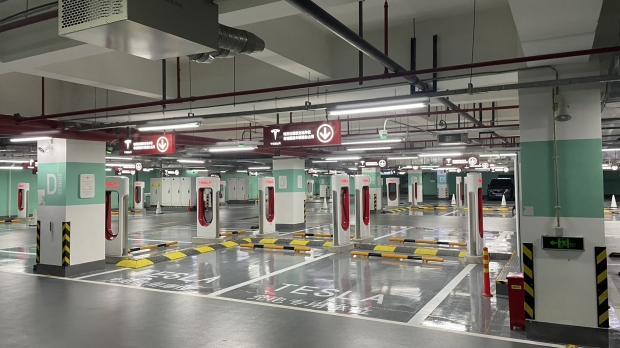