Fox Sports is going for more cinematic feel in its matches it seems, with a recent match seeing operator Mike Smole using what he calls a "poor man's Steadicam" for some of the cinematic shots below:

The rig itself is nicknamed the "Megalodon" consisting of a Sony A7R IV, Sony FE 24-70mm f/2.8 GM lens, DJI Ronin-S gimbal, a field monitor and a 1080p wireless transmitter. The rig costs around $10,000 but that is miles cheaper than a broadcast camera and full Steadicam rig.

The micro-HDMI port on the Sony A7R VI is outputting 1080p, so Fox Sports color corrected the signal live in order to match the broadcast cameras. The effect is awesome, showing in-your-face NFL as an 11th camera on Sunday's Washington-Seattle battle.

Fox said that it will be using the camera for the rest of the year, with Fox SVP Mike Davies explaining to SVG: "People on our crew have been working with it all year, but we didn't know your ordinary viewer would see such a difference sitting on their couch. It's fantastic". 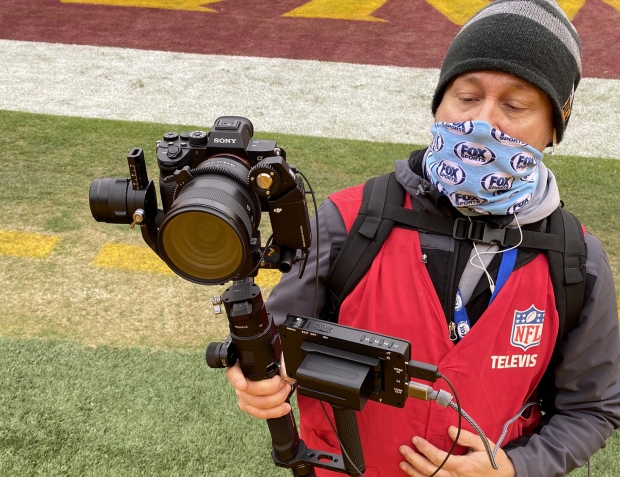