CD Projekt RED formally apologizes for Cyberpunk 2077's terrible performance on weaker PS4 and Xbox One consoles, and promises to fix it. 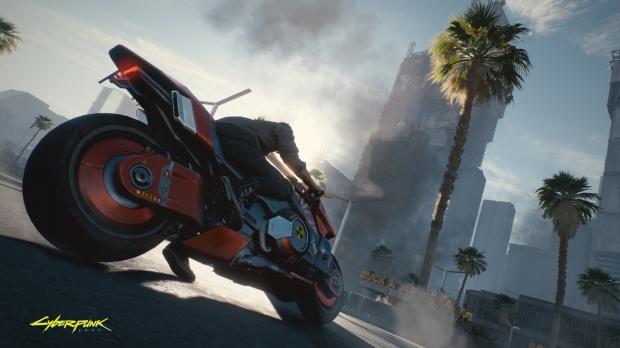 Cyberpunk 2077 runs really poorly on the base PS4 and Xbox One, with frame rates dropping to as low as 15 FPS in 720p resolution. The PS4 Pro fares better at 30FPS, and CP2077 can hit 60FPS on the PS5. The lower-end performance has frustrated tons of gamers to the point where Sony is offering refunds for the game (which is pretty rare).

CDPR has taken notice, and promises new updates are on the way. The developer just laid out a plan to fix the abysmal gameplay on last-gen hardware. CDPR will release two patches--one in January, and another in February--that "fix most of the prominent problems gamers are facing on last-gen consoles."

There's just one big question I have: How big with CP2077 be after these updates? The game already takes up over 100GB of install space on the PS4 with the day one patch installed. Could we see it balloon even further?

The devs didn't outline exactly what will be fixed, however, but we should see some improvements on frame rates and other optimizations. CDPR is careful to warn PS4 and Xbox One owners they won't be getting huge gains, though.

Here's the meat and potatoes of CD Projekt RED's plans to fix Cyberpunk 2077 on PS4 and Xbox One:

"We should have paid more attention to making it play better on PlayStation 4 and Xbox One.

"We will fix bugs and crashes and improve the overall experience. The first round of updates has just been released and the next one is coming within the next 7 days. Expect more as we update frequently whenever new improvements are ready.

"After the holidays, we'll continue working -- we'll release tow large patches starting with Patch #1 in January. This will be followed by Patch #2 in February.

"Together these should fix most of the prominent problems gamers are facing on last-gen consoles.

"We will be informing you of the contents of each patch ahead of their release. They won't make the game on last-gen look like it's running on a high-spec PC or next-gen console, but it will be closer to that experience than it is now."