NewsReviewsArticlesGuidesGamingAsk the ExpertsNewsletterForums
GIVEAWAY: Sabrent Rocket Q 8TB NVMe PCIe M.2 SSD worth $2000!
The latest Walkman phones from SonyEricsson are some seriously feature packed handsets. The two new models are the W910 and W960i and they're both 3G handsets. Apart from this and the Walkman functionality, the two aren't exactly close relatives, as they have quite distinct features.

Let's start with the W910i, of which some spy shots leaked out last month. The good news is that it won't be available in orange, instead it will come in red or black. It's a slider and it has a Sony M2 memory card slot and comes with a 1GB memory card in the box. It has a 2.4-inch 320x240 display and you can change tracks in the music player application by pressing the Walkman button and flicking the phone. It does quad-band GSM with GPRS and EDGE and it also adds HSDPA. Around the back is a 2Mega pixel camera and there's a front mounted camera for video calls. 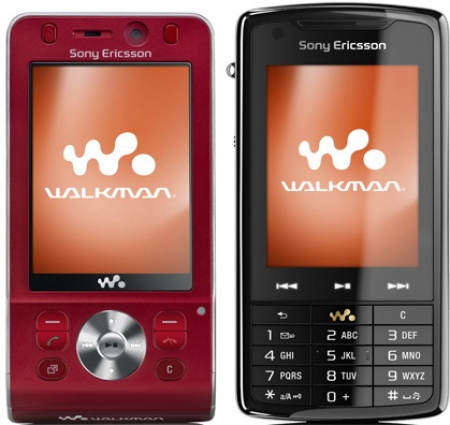 The W960i is a different animal all together and only comes in black. It has no less than 8GB of built in memory, although there's no option for expanding this. It has a 2.6-inch 320x240 touch screen and a special touch sensitive area just below it for music control. Around the back is a 3.2Mega pixel camera with auto focus and there's also a front mounted camera for video calls.

The W960i is a tri-band GSM phone with GPRS, but it lacks EDGE and HSDPA, although it still offers 3G connectivity. It will ship with a stereo Bluetooth headset and a stylus. It also borrows the jog dial from the P-series for easy navigation without having to use the touch screen.