The team at iFixit have performed weeks of work on getting a teardown guide done for Sony's new PlayStation 5 console. It is gloriously detailed, which you can go and nerd out over (like I did) right here. 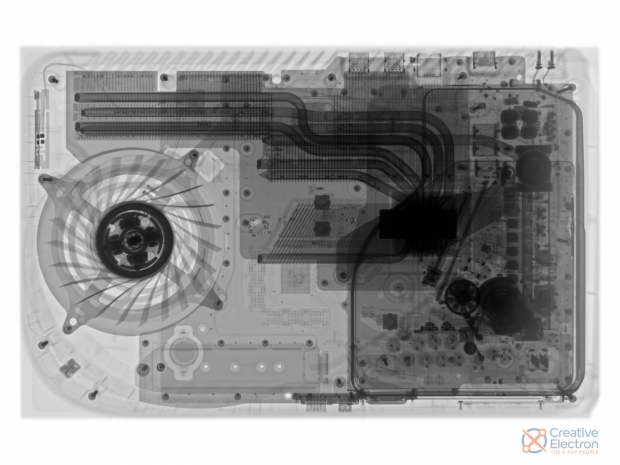 The photo above was taken by Creative Electron's X-ray cabinet, giving us an awesome look at the innards of the PlayStation 5 -- which is powered by semi-custom Zen 2-based CPU, custom RDNA 2 GPU, PCIe 4.0-based storage, and so much more.

iFixit reports that it wasn't too hard to open up the PS5 by popping off the white panels on the side with a "gentle lift-and-slide motion" that provides "immediate access" to the M.2 SSD expansion slot, the fan, and even some vacuumable dust ports. 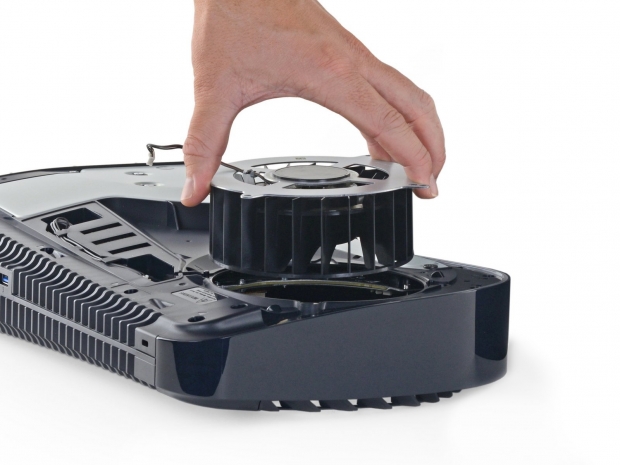 Once you do that, you can remove that gigantic fan that keeps the even larger PS5 console as cool as possible. Sony uses "omnidirectional" cooling on the PS5 with a thick 120mm squirrel cage pulling in cool air from both sides. iFixit notes that it is capable of moving "a lot of air" but "Sony won't let it spin fast enough to make much noise". 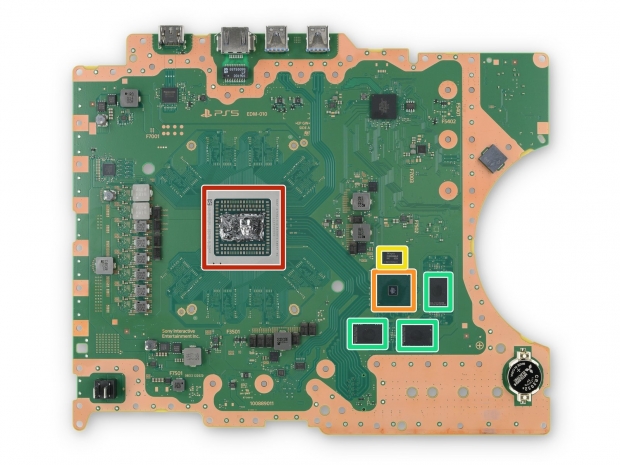 iFixit notes here that "It appears Sony made a custom SSD controller to handle the PS5's crazy high data speeds-whereas the Series X uses a more conventional-looking setup with hardware from SanDisk". 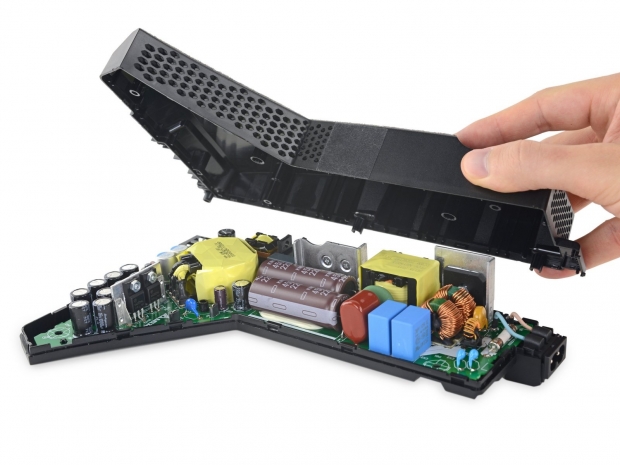 On the back of the PS5 board we have highlighted in green "6x (three per side) Kioxia/Toshiba Memory TH58LJT0T24BA4M BiCS flash memory (likely)" while highlighted in blue we have the Micron MT61K512M32KPA-14:B 2 GB GDDR6 SGRAM. 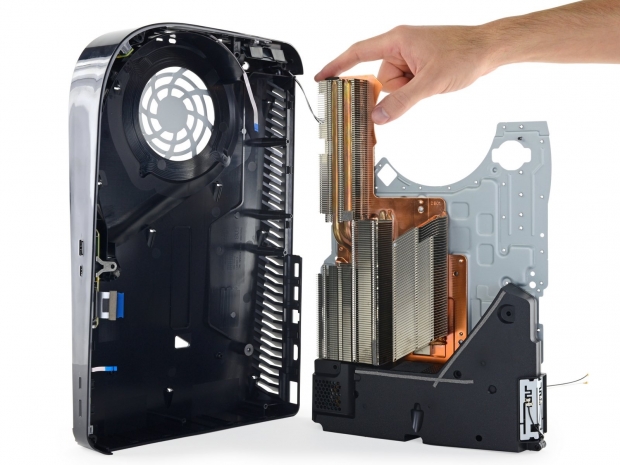 Once you've got all that out the way you've got the gigantic heat sink, with Sony using a combination of copper heat pipes and heat sinks being "just as effective" says iFixit to the Xbox Series X vapor chamber cooler. 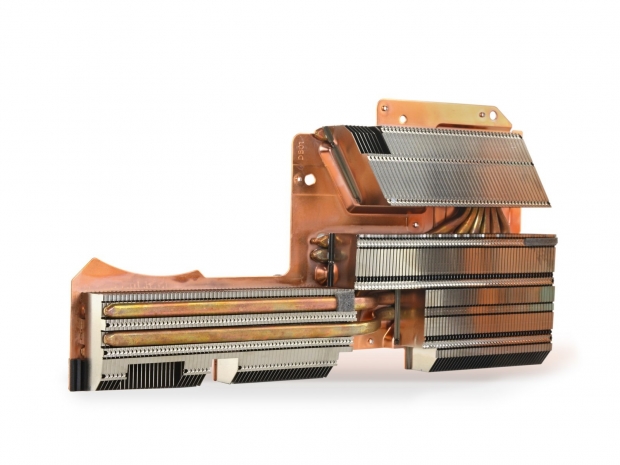 The PS5 heat sink up close.

Sony is using a boot-shaped 350W enclosed PSU for the PlayStation 5 console, which has been drawing around 200W when the PS5 is under load. 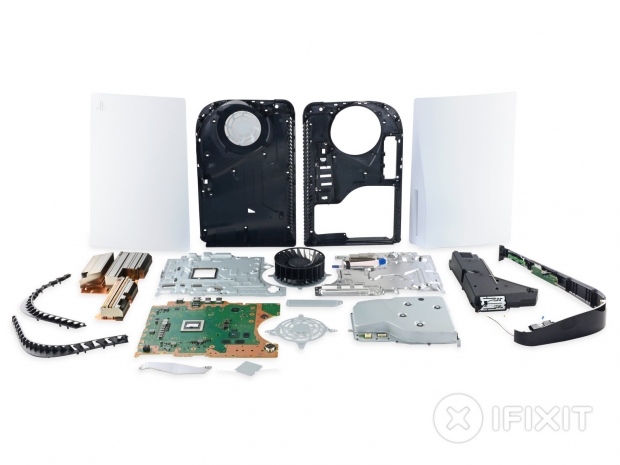 Here we have the PlayStation 5 totally torn apart -- beautiful.

If you want to read the full iFixit article on their PlayStation 5 teardown, you can check that out here.